by NewsReporter
in Gadgets 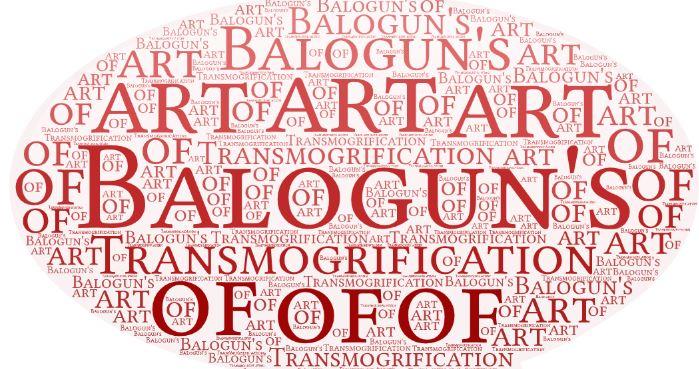 As much as scientific advancement, especially in the area of tech, has transformed lives and keeps changing the ways humans think, Dr. Adeola Balogun visualises a caution.

Balogun, a sculptor, who works mostly in metal, applies the deep thought of creativity in probing into the future of human-tech relationship.

Balogun, an artist whose work  over the past two decades, has greatly benefited from technology, expresses his cautionary thoughts in his 13th solo art exhibition titled: Transmogrification, showing from April 16-25, 2022, at Signature Beyond Art Gallery, 107, Awolowo Road, Ikoyi, Lagos. Balogun, who is HOD, Fine Art Department, School of Art, Design & Printing Technology, Yaba College of Technology, Yaba, Lagos, is using his solo exhibition to connect the gown with the town, despite his injection of quite some academic contents in his thoughts on how science and technology have programmed humans, beyond comprehension.

The sculptor, whose metal and other mixed media works, over the years, have been shown across the world noted that science and technology revolutionized human activities such that the impacts continue to multiply across generations perpetually. “Unprecedented achievements are being recorded in various fields of human endeavour through technological advancements and breakthroughs,” Balogun explained during preview of the exhibition. “Electronic gadgets of different sizes and functions are being designed and deployed into taking care of various aspects of human needs with a wide technological sphere from nanotechnology, to artificial intelligence (AI) and more, altering our existential experiences in unique ways, which may or may not be entirely beneficial.”

It is important to note that as an artist, Balogun is not suggesting that a 21st Century world should go back to the stone age just because of the fear that science and technology have taken over parts of human functionalities. He noted that the Internet has become a phenomenon in no small measure across “human interactions,” after getting its origin from past traditional efforts of humans. He, however, argued that as much as the internet confirms human capacity in development, its value comes with quite some grey areas.

In specific visual expressions of his Transmogrification art show, Balogun stated: “This presentation highlights how technology in this context has affected us individually and collectively as users in an evolving world where activity and navigation become more and more dependent on technology. Electronic gadgets are awesome as they have seemingly made us ‘superhuman’.

“The internet, however, has engulfed our psyche beyond threshold; it has transcended what anybody could have predicted. The profoundness of the impact of the internet can be felt in different facets of our lives – it is a treasure trove in one hand and a landmine in another. Life without the intervention of various technological devices is better imagined, covertly or overtly, humanity is fast becoming “enslaved” by them. We have been transmogrified.

“Regardless of the quantum of positive impacts of modern technology, it has also surreptitiously assumed the status of affliction. It is fast becoming a hydra-headed monster as the application of electronic gadgets is fraught with latent traps with dire consequences to users. Nothing compares to lounging in your comfort zone to carry out a business transaction via internet-compliant devices, but the catch is that a non-tech savvy individual could easily fall prey in the hands of prowling internet fraudsters. In this way, many life savings and businesses have been unwittingly wiped out or destroyed.

“Transmogrification seeks to interrogate the notion of the human condition and social realism as influenced by technology/electronic gadgets. This is also in relation to drawing attention to the effects of consumerism as informed by e-waste being engaged as a medium of critiquing in a multilayered dimension. My body of work in this show will draw strength from the theme and emphasize the unique application of electronic panels as a veritable sculpture medium.”

As an artist whose work, over the years, has been about the environment, Balogun, in Transmogrification, continues his artistic responsibility in that regard. He explained that discarded or found objects, though generally considered to have seemingly lost their primary usefulness, are laced with a robust history of previous usefulness pulsating with immense possibilities.

Such possibilities, he argued are of immense intrigue for exploration to him in generating his sculptures that speak to the environment.

“Aside from the environmental consciousness and responsibility involved in attending to materials lying in wake, I consider it important to collaborate with the environment by reviving the encountered materials in a process of ‘rebirth’ that imbues them with new meaning in relation to my subject of concern. They become new life in the environment that housed their old lives. The subject matter in my work is typically steeped in interrogating existential questions and challenges that make up our social navigation. This is usually spurred by personal experiences and memories which here culminate in the concept themed: ‘Labyrinthine Morphology’.”

Balogun is one of the very few artists of the Ivory Tower whose practice combines fully engaged studio works with academic career. Some of Balogun’s 12 solo exhibitions include: Current Rhythm, CAMAA (2019), at Institute of African Studies, University of Ibadan; Tribute to Fela (2019), at Galleri Astley, Uttersberg, Sweden; and Bubbles of Emotion, (2017), Omenka Gallery, Ikoyi, Lagos.

Sometimes, surprises can be a terrible, no good, awful thing. And it seems like, no matter how much you say you hate surprises, they still come your way either during birthdays, holidays, or when your car's check engine light comes on (the worst shock of them all, if we're being sincere). And...

We may receive commission from purchases made via links on this page. Pricing and availability are subject to change.Workout while you work! (Photo: Amazon)Wish you could keep your blood pumping while you’re busy doing paperwork? Struggling with achy joints that are making you lose your motivation to even get off...

Our Favorite Board Game Crowdfunding Campaigns Of The Week – Gadget Flow

Why The Cloud Numbers Don’t Add Up – Gadget

In a recent survey by large-scale tech learning platform O’Reilly, 90% of respondents said their organisations are using cloud, and 30% said they’re fully cloud native. This makes it clear why ‘cloud’ is the buzzword on every IT leader’s lips. Seemingly, if you’re not getting on the cloud, you’re getting...