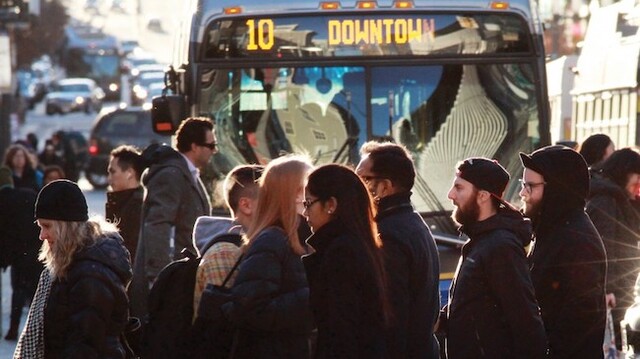 B.C.’s labour market kept its hot streak alive, adding 21,000 jobs in February for the seventh straight month of gains going back to August 2021.

The unemployment rate fell 0.2 percentage points compared with a month earlier to land at 4.9%, according to data released Friday by Statistics Canada.

Canada overall added 337,000 jobs to the economy last month after more than 200,000 jobs were shed a month earlier amid the sharp rise of Omicron cases and the reintroduction of tighter restrictions in many provinces. The national unemployment rate fell 1 percentage point to 5.5% between January and February — below unemployment levels the month prior to the pandemic’s start in March 2020.

“Disruptions from the rapid spread of the Omicron COVID-19 variant were significant in January, but the economic impact of the pandemic is clearly getting smaller,” Nathan Janzen, RBC assistant chief economist, said in a note.

“Labour markets remain extremely tight with the number of available workers being outpaced by job openings. A shrinking pool of available workers is making it difficult for businesses to hire across industries, including the accommodation and food services sector where employment is still well-below pre-pandemic levels.”

Even amid the big national losses in January, B.C. managed to add 4,200 jobs to the labour market that month.

Janzen said the global economic uncertainty brought on by Russia’s invasion of Ukraine is not enough to justify continued ultra-low interest rates. Earlier this month the Bank of Canada hiked its overnight rate for the first time since 2018.

CIBC economist Andrew Grantham said the positive data “is more than enough justification” for another rate hike in April.

But BMO chief economist Douglas Porter said the February jobs report makes the Bank of Canada’s job more challenging ahead of its next rate announcement.

“An ultra-tight labour market, hot headline inflation, soaring commodity prices and a blazing housing market all suggest that the Bank [of Canada] will press on with additional rate hikes even in the face of a dimmer global growth outlook,” he said in a note.

“Indeed, the odds of more aggressive actions later on this year have just ratcheted higher, although policymakers will likely need more clarity on the global backdrop before stepping up the pace of rate moves. From a domestic standpoint, it’s now clear that policymakers are dealing with an economy at full employment.”