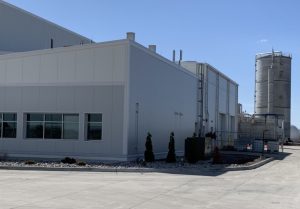 The Labor Market Information Center has released the latest Online Job Openings Report from Job Service North Dakota’s labor exchange system.  North Dakota had a total of 17,806 open and available online job openings in March 2022, a change of -9.2 percent (-1,794) from the prior month and +8.4 percent (+1,377) from the same month one year ago.

Red River Biorefinery in north Grand Forks has temporarily stopped production.  Company officials met with city leaders this week to discuss ongoing wastewater issues that have been a source of concern since the ethanol maker opened in 2020.  A city spokesman says the company plans to pay employees during the down time to ensure they can maintain the workforce.  A timetable for completion of the capital improvements was not available.

Walmart workers who once unloaded trucks now have a chance to drive them. The nation’s largest retailer has launched a training program for employees who work in its distribution or fulfillment centers. They’ll get a chance to become certified Walmart truck drivers through a 12-week program. Arkansas-based Walmart also said it is raising pay for its 12,000 truck drivers. The starting range for new drivers will now between $95,000 and $110,000.

More than 65 employers from a variety of different industries will be at the Spring 2022 Multi-Industry Job Fair sponsored by Job Service North Dakota, Leighton Broadcasting and JobsHQ.  The latest Online Job Openings Report, published April 6, 2022, says there are 17,806 online job postings statewide. Region 4, which includes Grand Forks, claims 2,144 of those openings.  The April 21st event will be held at the Alerus Center.

The United States Postal Service has filed notice with the Postal Regulatory Commission for two-cent increase in the price of a First-Class Mail Forever stamp from 58 cents to 60 cents.  The PRC will review the prices before they are scheduled to take effect.  The Postal Service is also seeking price adjustments for Special Services products including Certified Mail, Post Office Box rental fees, Money Order fees and the cost to purchase insurance when mailing an item.

Average long-term U.S. mortgage rates edged up again this week as the key 30-year loan rate hit its highest mark in more than three years. Mortgage buyer Freddie Mac reports the average rate on the 30-year loan this week rose to 4.72% from 4.67% last week. The average rate has jumped 1.5% in the past three months, the fastest three-month rise since May of 1994.

Another steady month for home sales in Grand Forks / East Grand Forks in March.  The Grand Forks Area Association of Realtors reports 66 single family homes…townhomes…and condos were sold in March.  That compares to 79 for the same month a year ago and 50 in 2020.  The average sales price was $266,373.

The North Dakota Department of Commerce has approved $3.34 million in loan and venture funds to three companies through the North Dakota Development Fund during the first quarter of 2022. Academy of Kids Child Care Center Inc. received $89,000 to cover the costs of renovations for its center located in the Grand Forks Columbia Mall.  Airtonomy Inc. a drone software company in Grand Forks was approved for an investment of up to $1 million to hire additional staff within North Dakota.

Ron Ahlstrom has joined the Grand Forks Region Economic Development Corporation (EDC) as its Unmanned and Autonomous (UAS) sector developer. Ahlstrom will support primary sector business recruitment and expansion in the aerospace sector.   He recently retired from the U.S. Airforce after 26 years as an aircraft and logistics supply chain manager.

Acme Tools has closed on an asset purchase agreement with West Fargo, N.D., – based Titan Machinery Inc. to acquire the new assets for Kubota, Cub Cadet, Grasshopper and Woods products from Fargo Tractor.  The current Acme Tools store in Fargo will initially provide sales and service for the area. Construction of a new 28,000 square-foot Acme Equipment facility near the store will begin this year.  Acme was founded in Grand Forks, N.D., in 1948.

The University of North Dakota, in conjunction with Grand Farm, will be hosting the 2022 Space Ag Conference on Thursday, April 14, from 12 to 5 p.m. at UND’s Memorial Union.  The conference will explore not only how we’ll be growing food in space, but also how space-based technologies such as satellites can improve food production on Earth.

The River Cinema Grand Forks Comic Con is returning to Alerus Center on October 8th and 9th.  Comic Con is a treasure trove for both hardcore collectors and casual fans. The event will feature comic book, toy, art, and other miscellaneous vendors as well as cosplay contests and more.  Tickets are on sale now at the Transystems Box office and online.