Today is the final day of 2021. From local preps playing through a pandemic to several events returning, there are several memorable moments from 2021 in Lake Havasu City.

Winter sports were canceled and reinstated in a span of four days in January. When the spring season approached, the return to normalcy started for prep sports with no limits on fan attendance. LHHS athletic events were not open to the public during the 2020 fall and 2021 winter seasons.

The 2021 spring season was also the first year that the softball and baseball programs played on their brand new fields. The baseball team struggled throughout the season, but the softball program hosted a state playoff game in their new venue after a 12-3 season.

When the fall 2021 season arrived, Lake Havasu football returned with fans in the stands and the Golden Shovel game was back after a one-year hiatus. The 2021 football season was memorable for many reasons. Knights junior running back Isaac Stopke had one of the most historic seasons in the program, finishing with a record 32 rushing touchdowns and leading Havasu to the 4A State playoffs with a 7-2 record. The Knights won their first Region championship since 2014 and qualified for the state playoffs for the first time in six years.

The International Jet Sports Boating Association (IJSBA) World Finals celebrated its 40th anniversary, which had over 300 competitors worldwide. Powerboat racing returned in the form of the Lake Havasu Classic Outboard Championships, followed by the return of the Desert Storm Shootout and Havasu Triathlon. Havasu also hosted professional skateboarders at the Tinnell Memorial Sports Complex in October.

As 2022 approaches, the Today’s News-Herald reflects on the 10 most notable stories – in no particular order – for sports in 2021. 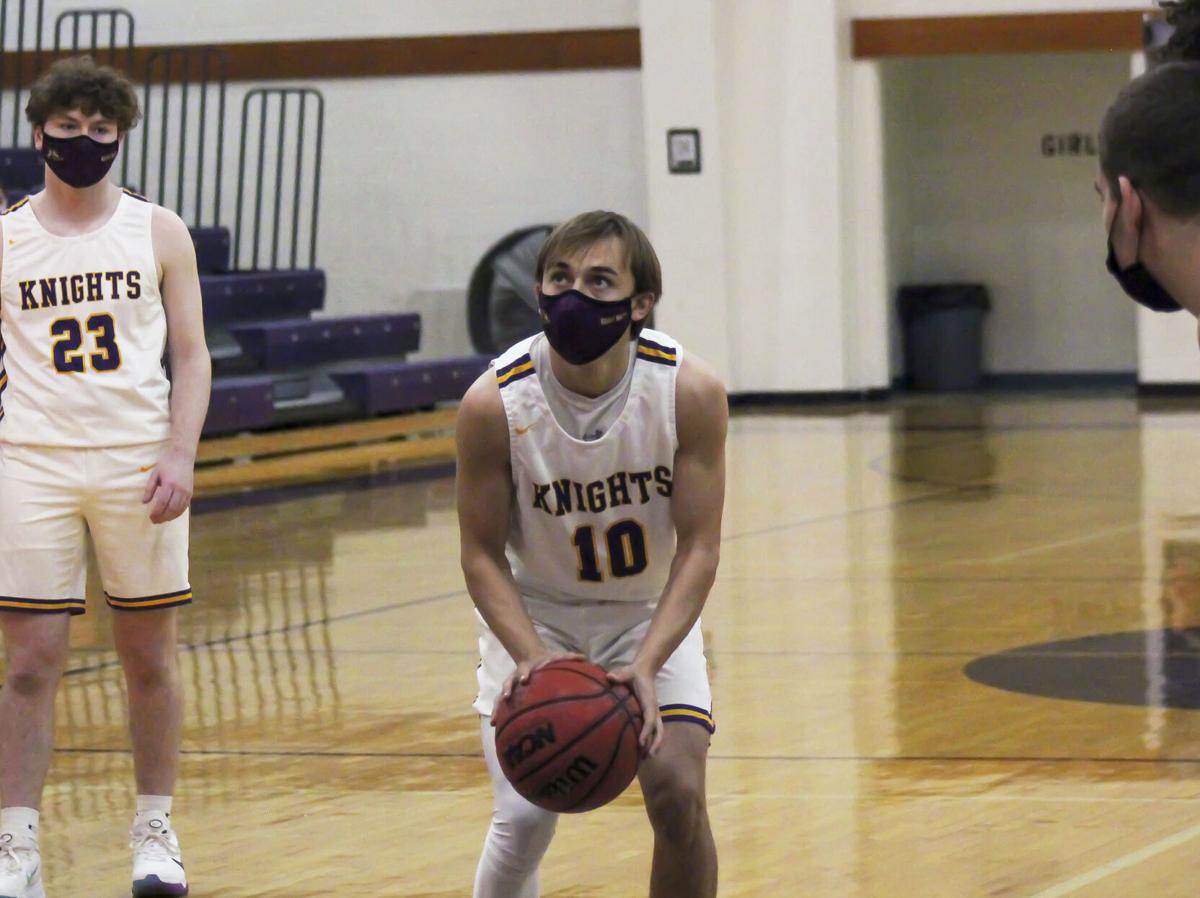 2020 started on a somber note for local prep athletes. The Arizona Interscholastic Association Executive Board voted 5-4 to cancel the high school winter sports season on Jan. 8. The board canceled the season following the recommendation of the Sports Medicine Advisory Committee, which cited Arizona’s high hospitalization rate. At the time, Arizona led the nation in covid-19 hospitalizations. The board’s decision drew statewide backlash from coaches, student-athletes and parents. After member schools suggested to the board to reconsider their position, the board reconvene and reinstated winter sports with a 5-4 vote on Jan. 12. Winter sports officially returned on Jan. 18 with a mask mandate for all athletes, coaches and officials for the entirety of the contest. 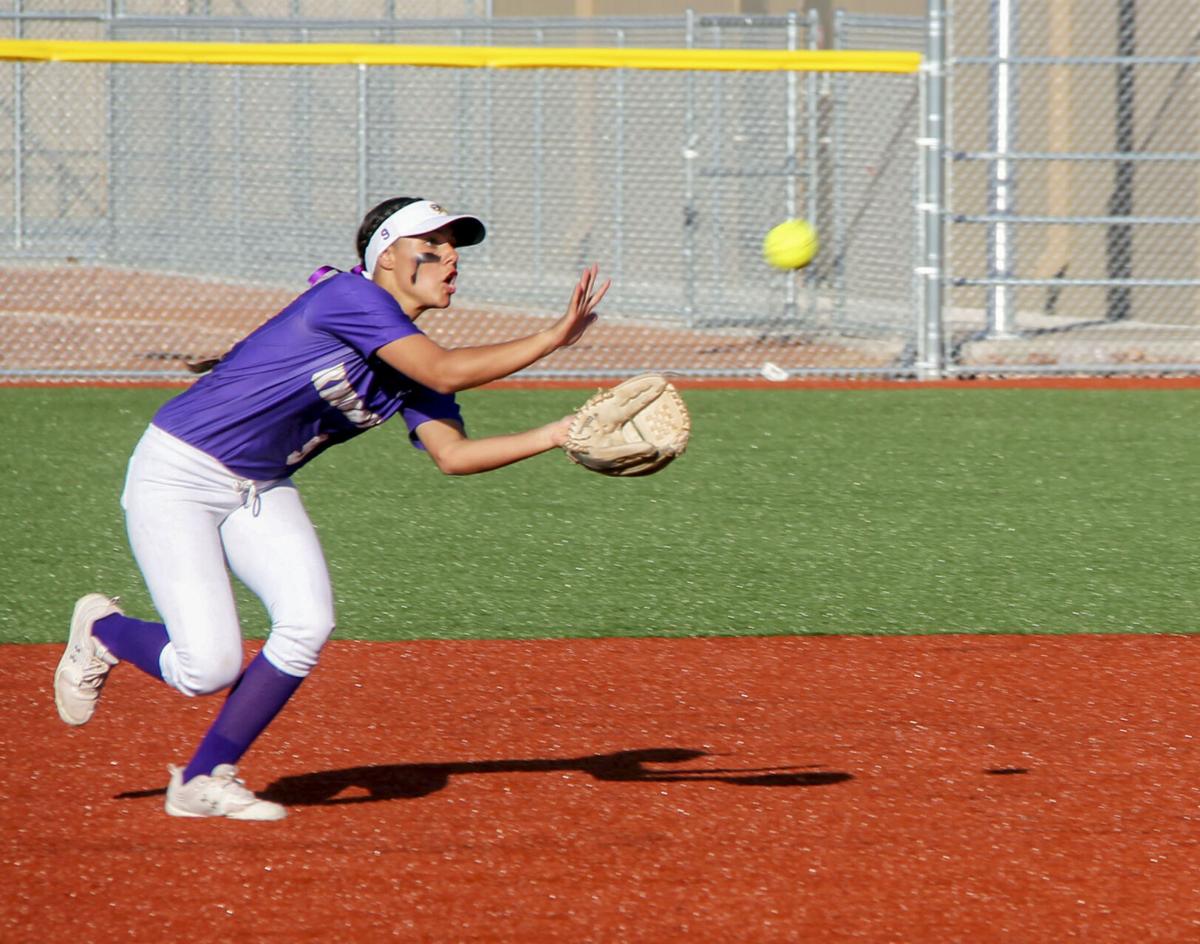 The new baseball and softball fields were finally completed in time for the 2021 season. Both facilities feature artificial turf, new batting cages and dugouts. Not only are the fields an upgrade for the athletes, but spectators have a better viewing experience. Both baseball and softball venues feature wrap-around seating, new bathrooms, a new parking lot and concession stand. The ballfields were part of a voter-approved $49 million bond designated for various school district improvements – including more than $5 million for athletic fields. 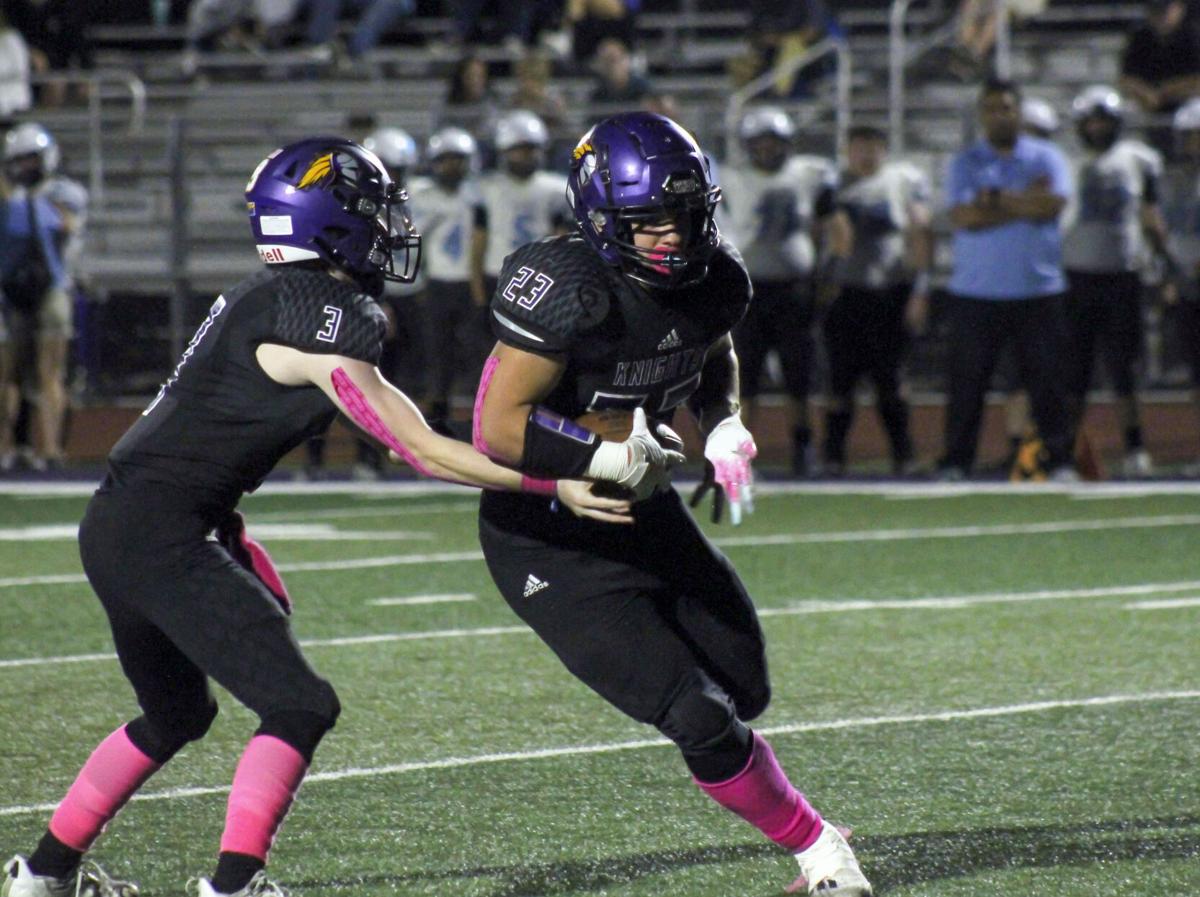 Lake Havasu junior running back Isaac Stopke etched his name into the school’s record books in November after eclipsing the mark for most rushing touchdowns in a season. Stopke officially broke the 14-year record with a five touchdown performance against Coconino on Nov. 5. The junior finished with 32 rushing TDs in nine regular season games – good for second best in state. Stopke rushed for 1,576 yards during the regular season. 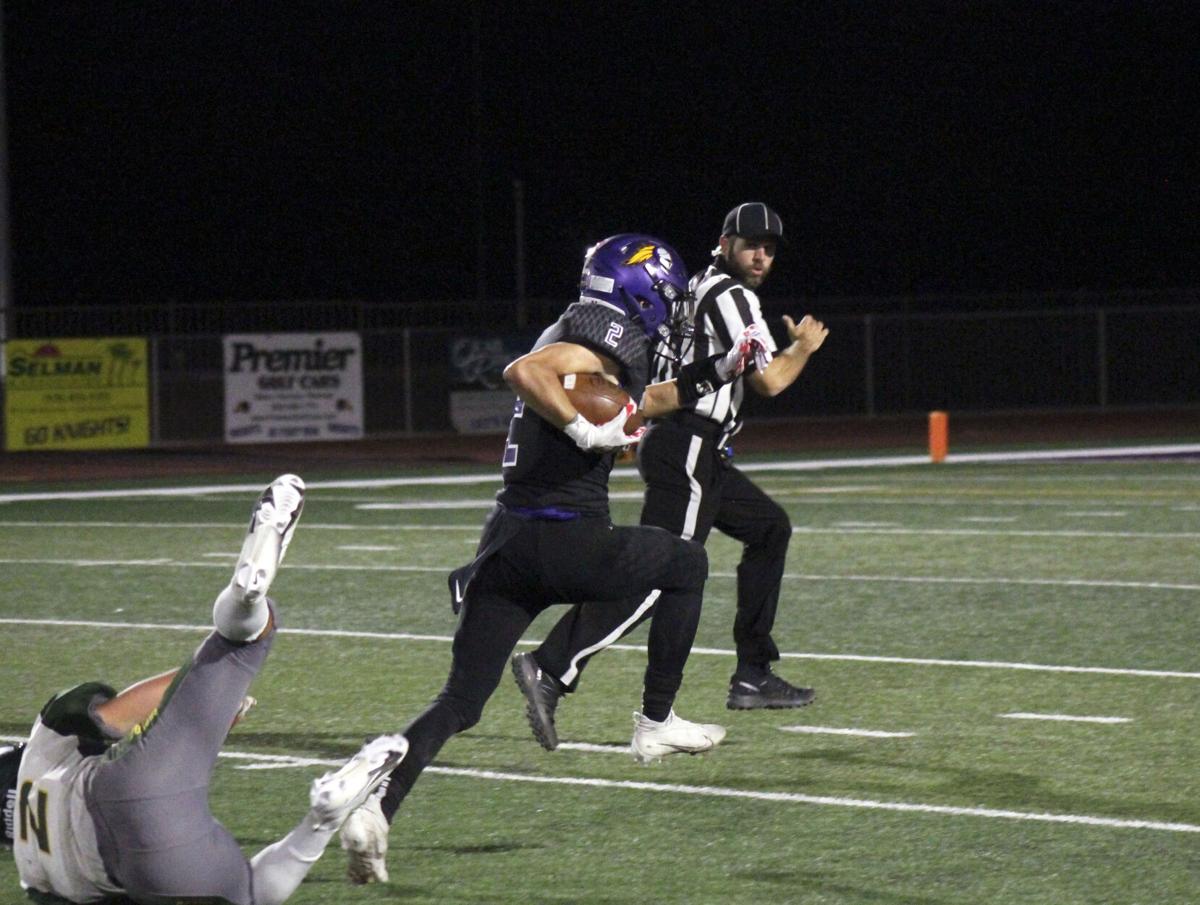 For the first time since 2014, the Lake Havasu football team finished the season as undefeated region champions. The Knights captured the Southwest Region title with a 4-0 record against region opponents. It was Havasu’s first region/section title since 2014. The Knights went 7-2 overall and were awarded the No. 5 seed of the 4A State playoffs, but their season ended in heartbreak with a 35-21 upset loss to Canyon del Oro. It was the Knights first playoff appearance since 2015. 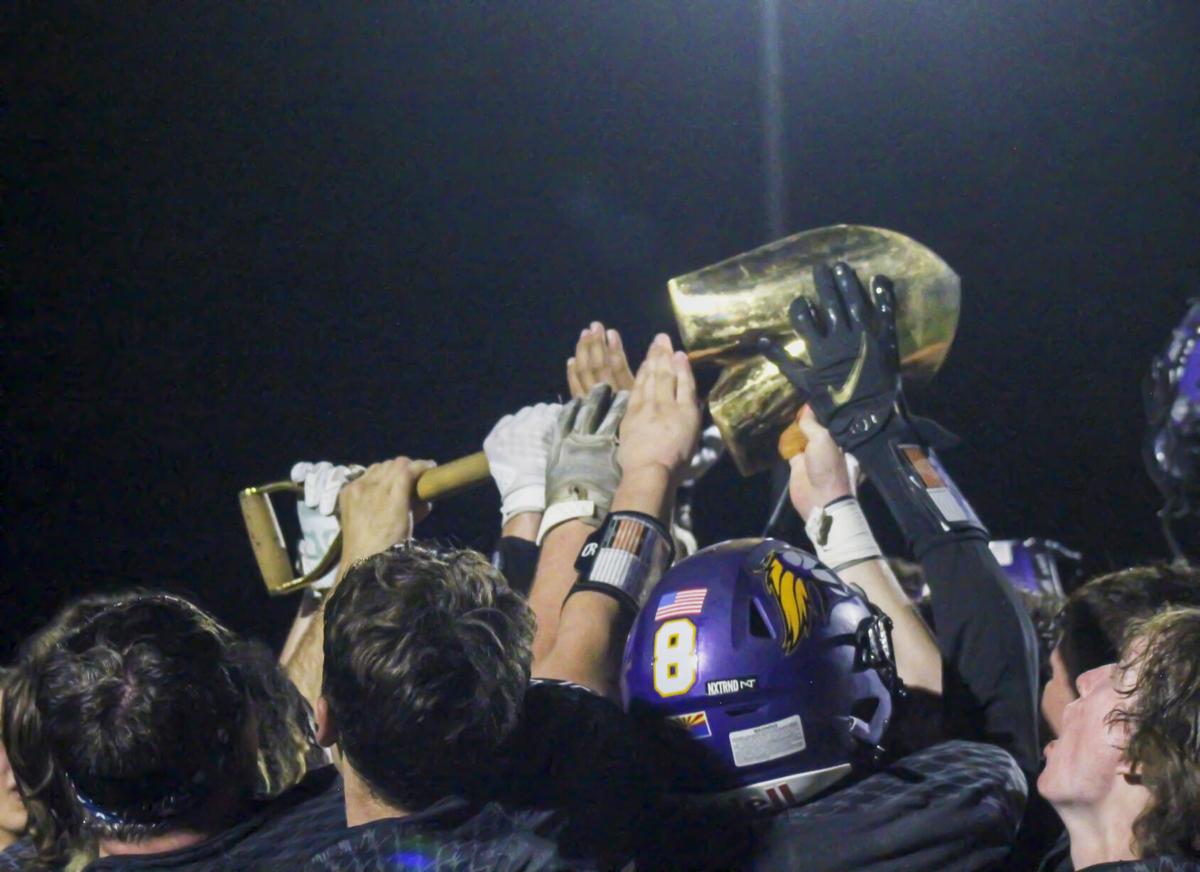 The annual Golden Shovel game made its return in October and Havasu extended its win streak over Mohave in the 52nd meeting. The Knights maintained their dominance in the rivalry by defeating the Thunderbirds 35-6 at Lee Barnes Stadium. Stopke had a big night for the purple and gold, rushing for 302 yards and four touchdowns. The game took a hiatus during the 2020 pandemic-shortened season. It was the first time in the rivalry’s history that the game didn’t take place. 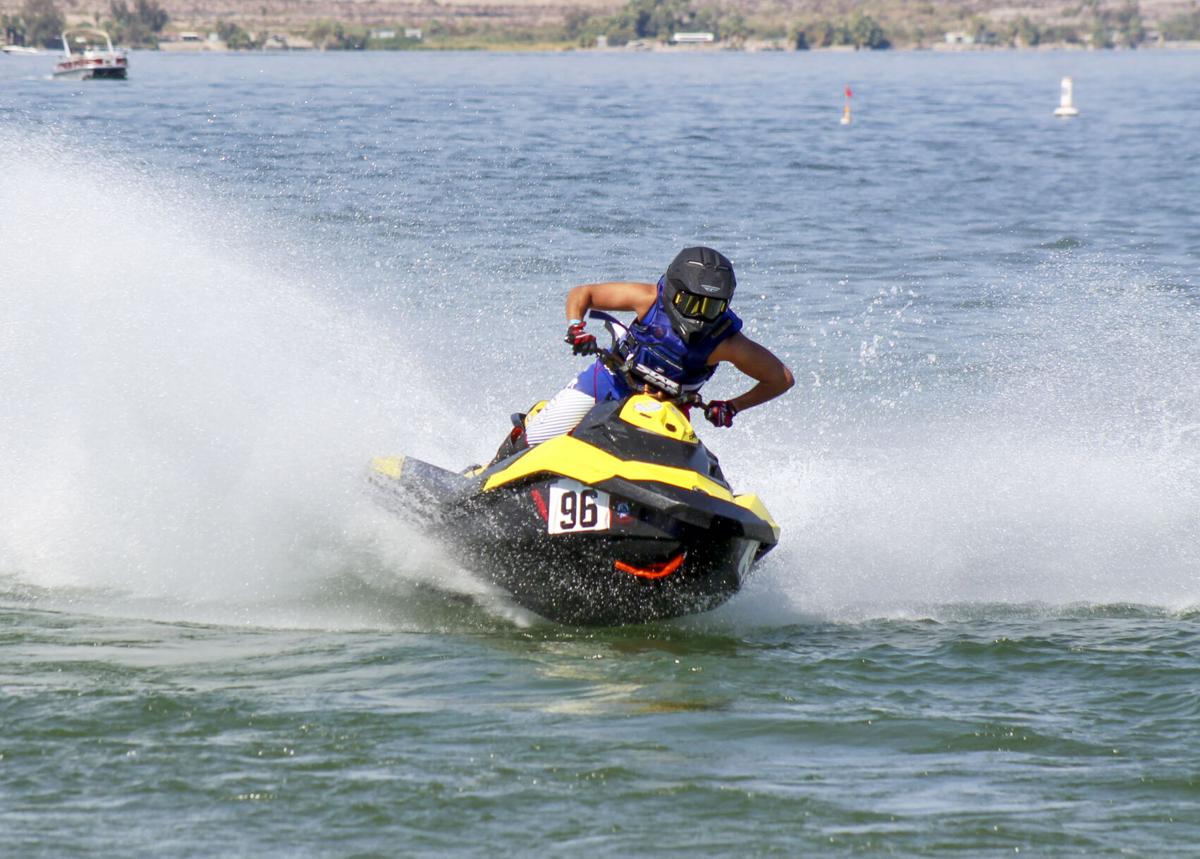 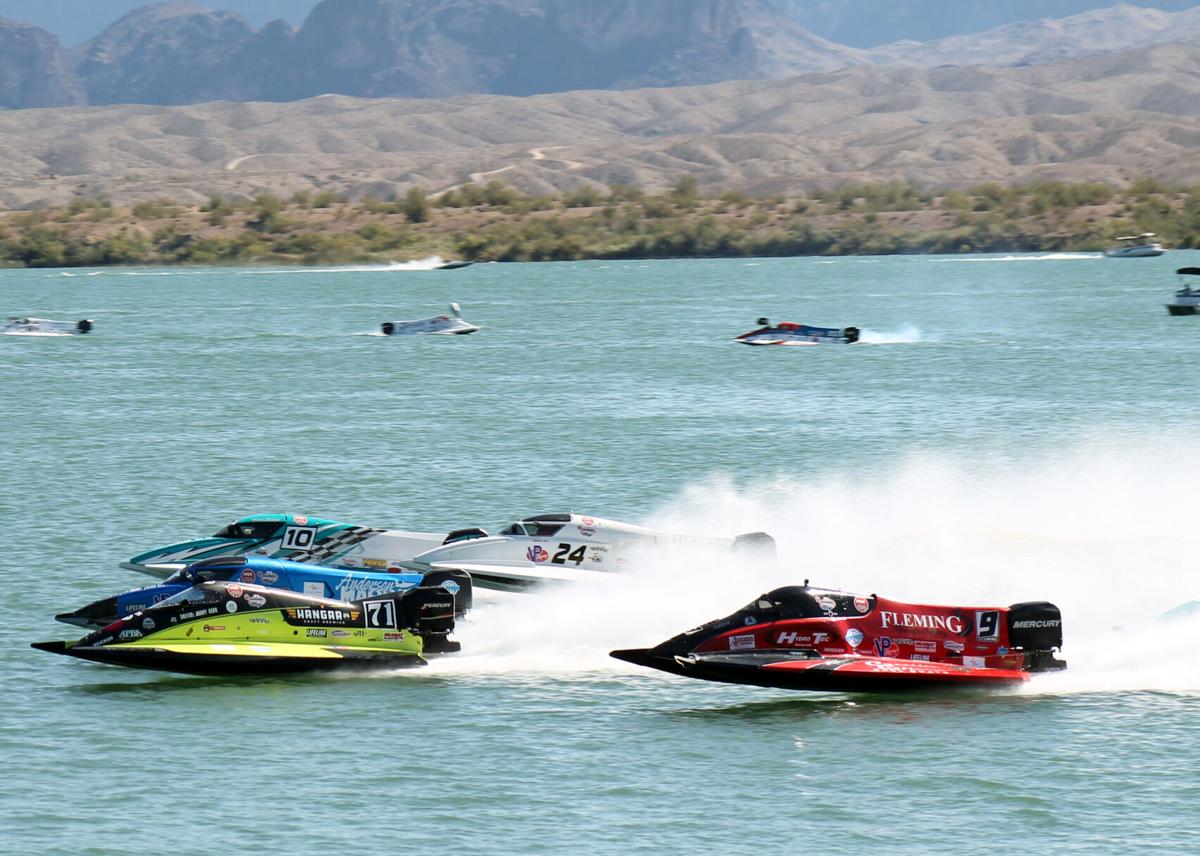 Powerboat racing made its return to Havasu with the Lake Havasu Classic Outboard Championships in October. The event was a contemporary version of the Outboard World Championships, which was once known as the premiere outboard race in the world. The revived event had 39 racers across three classes – Formula 1, Formula Lights and Tri-Hull. 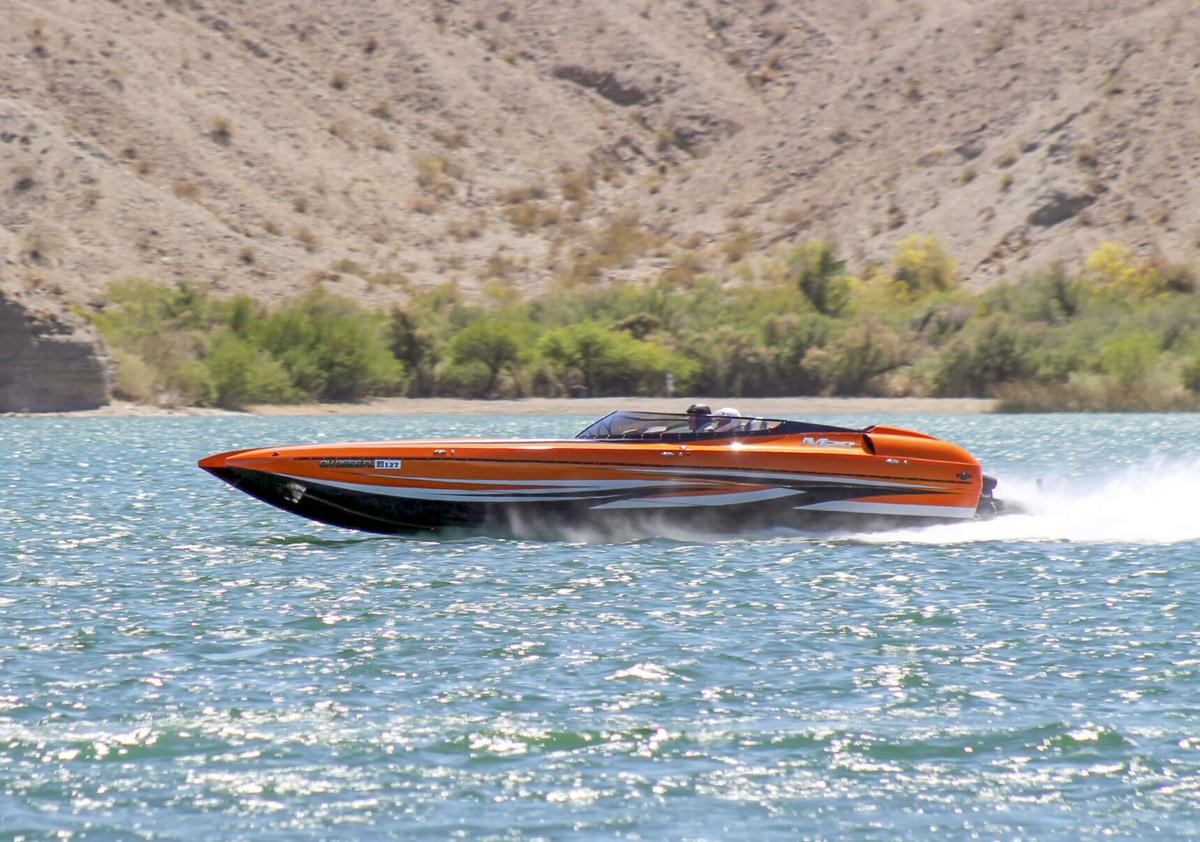 Desert Storm, one of Lake Havasu City’s biggest annual events, returned in April after getting canceled in 2020 due to covid-19. Many Desert Storm events were highly attended including the Shootout, which featured boat drivers pursuing the top seed. People watched from the surrounding bluffs, fishing pier and boats near Site Six, where the course started. Drivers rode a total of one mile with the final ¾ being the radar portion of course. 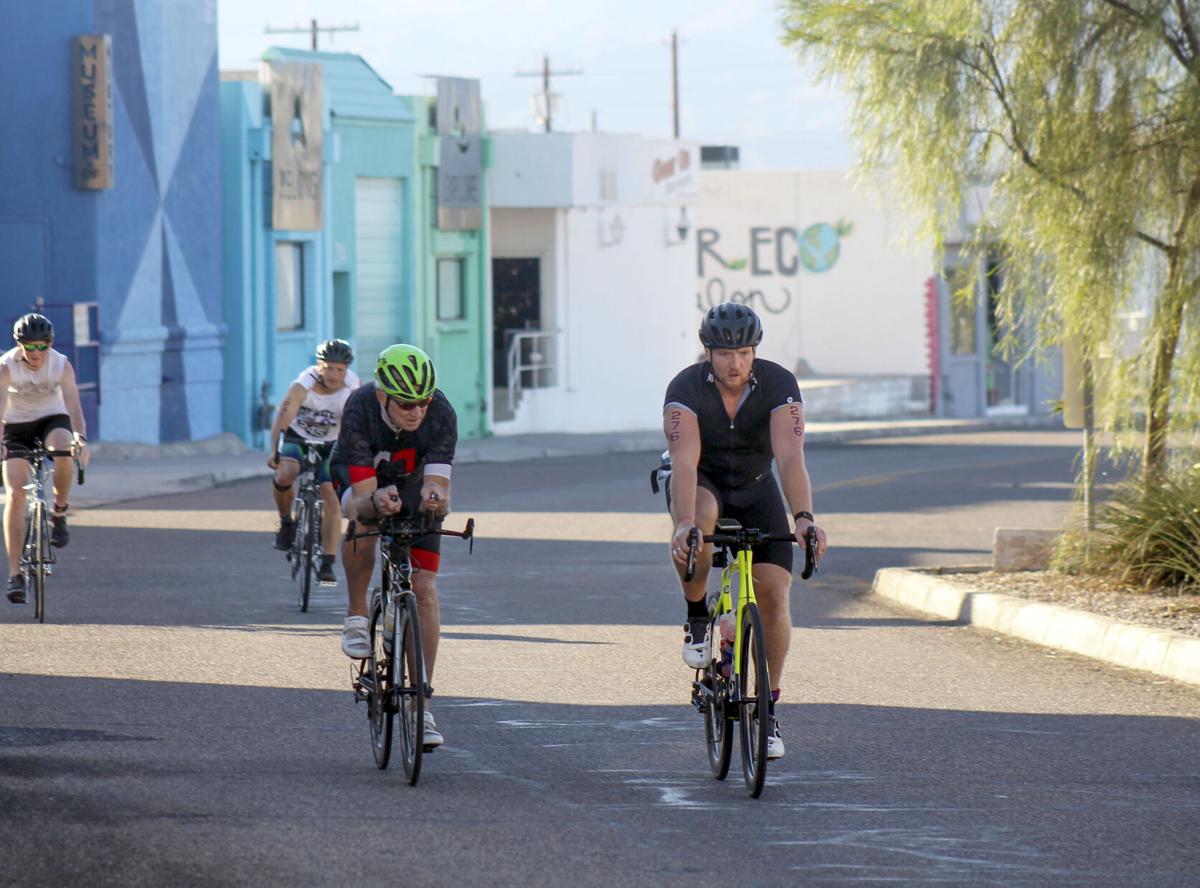 Hundreds roamed the shores of Lake Havasu City for the return of the annual Lake Havasu Triathlon on Nov. 6. The event returned after being canceled three times since March 2020 due to the pandemic. An estimated 350 to 400 participants across 20 states competed in the triathlon, which had starting and finish lines at Windsor Beach at Lake Havasu State Park. 40 locals competed including Dan Kuch, who ran the fastest time in the sprint duathlon at 59 minutes. Mike Figley is another Havasu resident who won his event, taking first in sprint aquabike at 52:58. 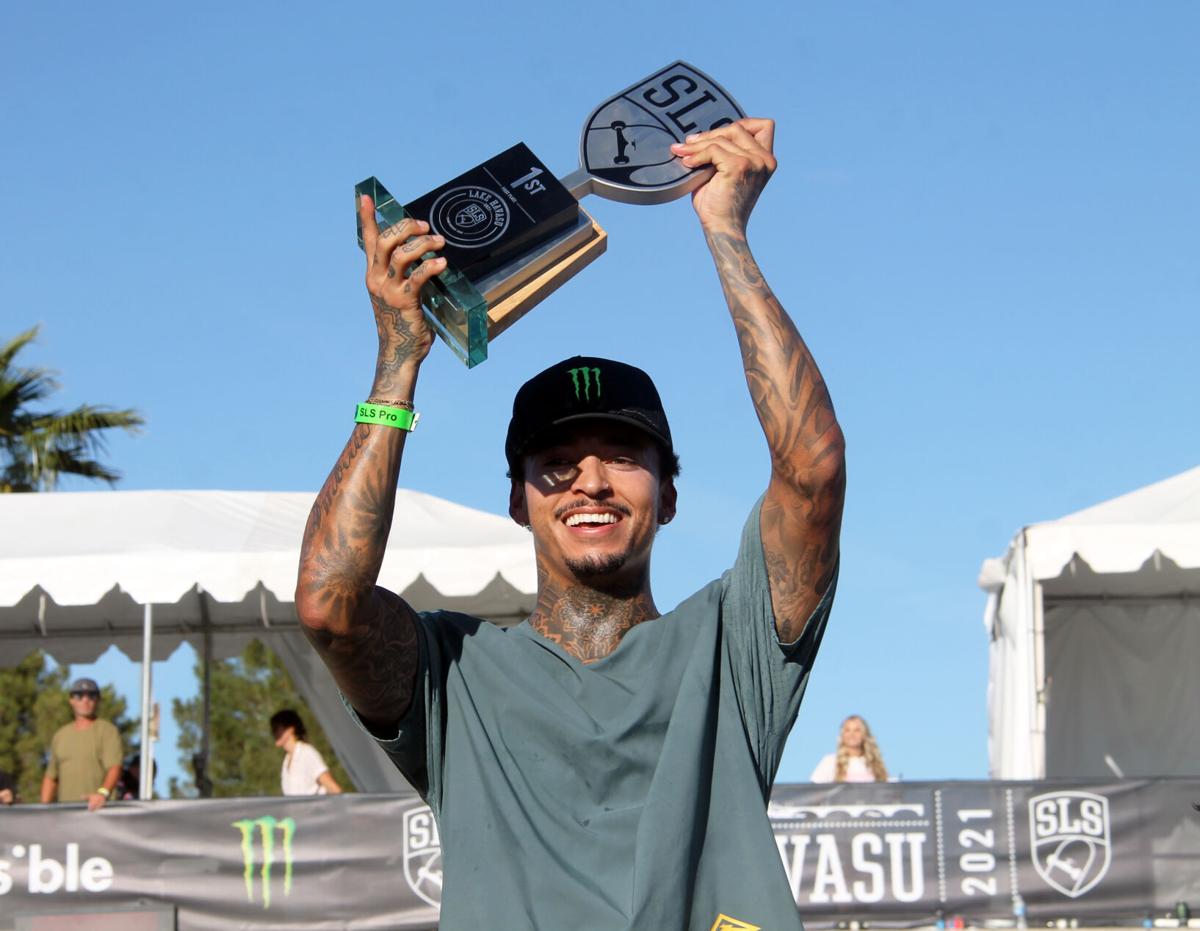 The top skateboarders in the world took over the Tinnell Memorial Sports Complex for the Street League Skateboarding Championship Tour. Havasu was the tour’s second stop and winners Nyjah Huston and Rayssa Leal put on a show for the local crowd. Huston was on the U.S. Olympic team at the Tokyo Games while Leal won the silver medal at the Olympics. Other skaters who competed in Havasu were Olympic bronze medalist and Mesa native Jagger Eaton and Chandler native Dashawn Jordan.