Open to the public, this highly anticipated digital party will be held on Thursday, December 23, at 10 a.m. EST (3 p.m. GMT), taking place on a large temple-inspired stage built on ‘Cryptovoxels’, and will bring Steve Aoki’s DJ set to the Metaverse to celebrate the holidays.

The digital celebration intends to commemorate the monumental growth of Monkey Kingdom, the first-of-its-kind NFT project originating from Asia. Since its recent launch on the Solana platform on Nov. 27, 2021, Monkey Kingdom has grown to become one of the most successful NFT networks in the world, exhibiting a remarkable upward trajectory seldom achieved by the majority of NFT projects on any platform today.

“In the early days of my DJ career, I toured extensively in Asia, building a strong fan base for my music and was a key pillar to building my musical career. I’ve been collecting NFTs for some time now, and as an owner of several Monkey Kingdom NFTs, I was thrilled to witness an NFT project originating from Asia to make such an impact globally in a relatively short timeframe,” says Steve Aoki. “I am excited to share my music with the Monkey Kingdom community, and I hope this special movement encourages more creators from Asia to get more involved in growing Asian representation in this space.”

Monkey Kingdom consists of 2,222 algorithmically generated NFTs inspired by the legendary Monkey King, Sun Wukong, the iconic protagonist in the 16th-century novel Journey to the West. Best known for his supernatural abilities and whimsical escapades, Sun Wukong is a cultural emblem symbolizing wisdom, optimism, and perpetual youth, and is widely recognized within global Asian communities.

Additionally, Monkey Kingdom will be minting ‘Baepes‘, a collection of 2,221 female Wukongs, on Dec. 21, 2021. To further support Monkey Kingdom’s vision of building a global NFT community supporting Asian creativity, all minting proceeds will be donated to the Asia Society, a non-profit organization that seeks to forge closer ties between Asia and the West through arts, education, policy and business outreach.

Monkey Kingdom NFT holders and members of the Cryptovoxels community around the globe are invited to attend the Metaverse X’Mas Party. To attend the digital party, please visit https://party.monkeykingdom.io.

This content was issued through the press release distribution service at Newswire.com. 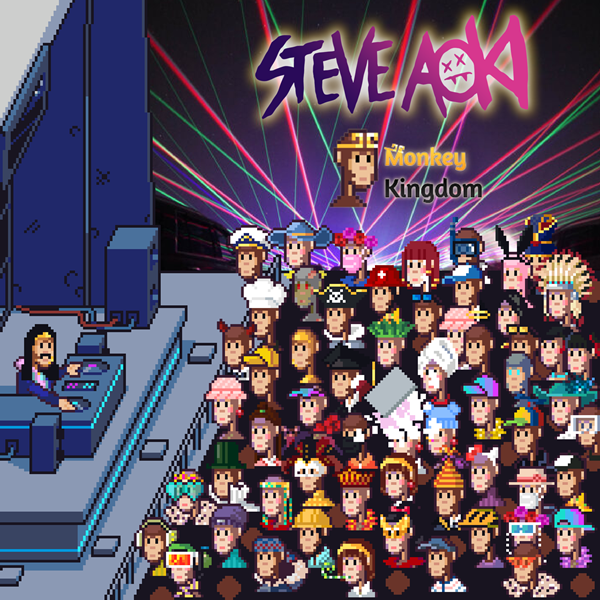